How to Write a Press Release to Get on TV: 9 Essential Elements

How to Write a Press Release to Get on TV: 9 Essential Elements

Press releases have been a go-to way of getting the word out about news for decades and in this post, I’m delving into how to use one to get your story on television news. If you’re a reader, continue on. If you prefer video, click below.

Is the Press Release Even a Thing Anymore?

Since it’s an old school communication tool, you may have heard that the press release is dead. Or is it?

When you’re trying to get your story on TV, do you really need to spend the time and energy writing something so formal given the social media world we live in today? Can’t you just tweet or Facebook your info out there?

If you have very compelling video such as a dramatic rescue or even a water skiing squirrel, by all means, post away. Most stories though need background, context and details to get the attention of reporters and assignment editors.

Sure, the press release is getting a little long in the tooth, but it’s still kicking. What purpose does it serve in the social media age? Turns out it’s the same as it always was.

Let’s take a look back at how the press release first came into existence. I’ll make it quick because I know your eyes just glazed over.

The History of the Press Release in One Paragraph

Here’s how the story goes. A young chap named Ivy Lee convinced the management team at the Pennsylvania Railroad to release a public statement after a tragic accident that had killed 50 passengers. The year was 1906 and Mr. Lee’s goal was to tell the media what happened before reporters started hearing rumors and speculation. You might say he was trying to get ahead of the story before the media reported anything. The New York Times printed the press release word-for-word. Can you imagine?

Now let’s get back to using a press release to get on the news. Just like in 1906, information about important issues needs to be communicated in a concise and efficient manner so that news reporters, bloggers and citizen journalists will put out information that is correct.

And they will know that the information is from an official source.

We often think of large corporations, universities and politicians issuing press releases, but anyone can do this.

If you think you have something to communicate that the media would be interested in, a press release may be the way to go.

What are the essentials for your press release?

If you want to get on TV, think visual. If a TV crew is going to cover your story, what can you show them?

Will they be able to shoot video of people using your product? If so, find those people and note that in the press release. Make it easy for the crew.

When I was a reporter, I would get lots of press releases that were a snooze because there was nothing about the story that would make for good video.

Also, keep in mind, besides the story that airs within the newscast, they need video to promote the story during other programs and before commercial breaks.

Are you helping people do something productive such as save time, save money or improve their lives?

Does your information affect a lot of people? For instance, are you trying to promote a public event that would accommodate hundreds of people? Is this new technology could be adopted by the masses or a narrow niche?

If you noticed a story about a similar subject, would you be interested or just skip over it? If you’re not interested, a reporter won’t be either.

These questions are not to discourage you, but rather to get you focused and realistic about whether the information you want to share is as interesting as you think it is.

Reporters and assignment editors are busy people. Their email boxes are overflowing with press releases every day. They don’t have much time to read and contemplate the details of your story, they only have time to scan through the words and if something peaks their interest, they’ll want to know more. So that’s why you need a strong headline to grab their attention.

4. Get to the point in the first paragraph 📍

Get to the point in the first paragraph. Remember the clock is ticking and your reader has many other emails to tend to, Facebook posts that aren’t going to write themselves and lines of copy just waiting to be tweeted. And they have phone calls to make and meetings to attend.

Do your best to include the 5 Ws and the H in the first paragraph. Who, what, when, where, why and how.

Not everything has to be written out in a paragraph, you can use bullet points especially for dates and times. Look at the copy you’ve written and ask yourself if you can get the gist of it by scanning through it in about 30 seconds.

Once you’ve accomplished that, you can elaborate further in the following paragraphs. Surely you’ve heard that old saying about when you meet someone in person for the first time.

Allegedly, you only have about 30 seconds to make a good impression. Apply that same thinking to how you write your press release. Maybe go with ten seconds. Thirty can be an eternity in TV time.

5. Provide an example of who would be impacted by the information. 👩‍👧‍👧

The media is always looking to profile someone who is affected by the news they are reporting to make the story relatable to the reader/viewer/listener.

For example, let’s say the press release is to announce your company is helping to pay for new playground equipment at a local park. Find a parent who would be willing to provide a quote in your press release about how the donation will help provide a fun, safe place for her children to play. This will shift the story away from patting yourself on the back for giving a donation and focus on the people who will benefit from the donation.

If you can’t find a person to be quoted you can use statistics stating how many kids visit the park on an average day and how many more will be able to play there with the extra equipment.

6. Provide a quote from someone important. 😎

The media uses quotes from decision makers and people in charge. Whether you are announcing something positive or something that may be viewed as negative, the person making the decision to move forward should be the person who is quoted.  The buck stops with them, so the media will want to hear what they have to say.

7. Add rich media and keywords to optimize your press release. 💻

Provide photos, website addresses and video or audio clips. Anything you can provide so that the reporter gets a full picture of the story is helpful. Try to give enough so that the journalist could report a story based on everything you provided in one package.

With video and audio clips, you can demonstrate that you’re a good “sound bite” for broadcast and they won’t have to ask you the same question ten times to get the eight seconds they’re looking for.

Keywords will help increase your chances of showing up in search engines so why not spend a little extra time on this? Keywords Everywhere is a great place to figure out what words and phrases people are using to search out the type of information you are releasing.

Be sure to post your news release on your website. This may sound like a duh suggestion, but I find websites all the time that have a “news” section without any news posted.

8. Proofread and have someone else proofread it too. 👨‍💻

Spelling and grammatical errors can damage your credibility. Why should a reporter trust what you’re saying if you have mistakes that are easily avoidable? Use your spelling and grammar check programs, and then go over it again and again. Read it out loud, read it by starting from the end.

My biggest problem is that I can leave a word out in a sentence and then not even notice because my brain “auto fills” that word. Reading out loud helps to combat that. Email your news release to a friend, colleague or family member and ask them to look for mistakes. A fresh set of eyes can catch something your tired eyes missed.

9. Write a catchy phrase for the subject ✍

I’ll leave you with one last suggestion. Write a catchy phrase for the subject line when you email your press release. When you receive an email from someone you don’t know, do you read the subject?  Let me guess, if the subject seems at all spammy, you hit delete, right? Don’t let that happen to you.

Go through your business and personal email accounts and look at the subjects that were enticing to you because the subject was something you wanted or needed. You can say something like: Great Visuals or Compelling Video or The Latest on (fill in the blank.) Just think of something related to you topic that would make someone curious.

This whole exercise may seem a little daunting, but this will increase your chances of getting news coverage. Any you know what else? You’ll become very clear about all aspects of your story and why it needs to be told to a wider audience. When it’s time for you interview, you’ll be more than ready. 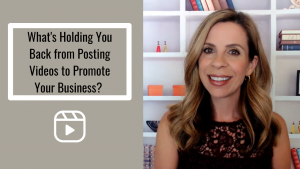 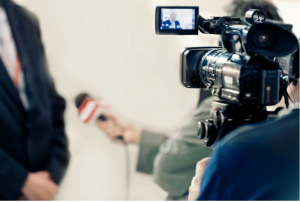